It seems like German cars are having some what of a boom! Maybe it is down to UK rapper Maredian Dan’s song which envisions ‘Seaman Driving a German whip, blacked out windows leaning back’.  More likely it is down to the fact that the Germans have such a good reputation when it comes to build quality, and with more and more people turning to PCP and finance, these top quality cars are becoming much more affordable for every day people. As far as I’m concerned if you drive anything German, whether is be a Mercedes Benz E-Class or a Volkswagen Beetle you’re a traitor. 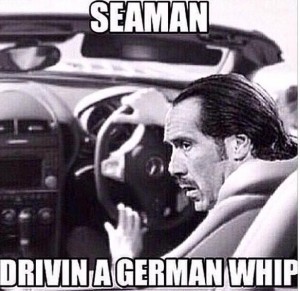 The news of BMW’s high sales figures comes straight after Audi’s news of hitting 2 million in the UK. However the news from BMW is a little different and is only concerned with the month of January. On the other hand BMW do make a point of the fact that they delivered over two million vehicles just last year, obviously this number isn’t just restricted to the UK (like Audi’s 2 million), however it is funny that they took the time to announce that last year they delivered over 2 million.

Of course, 2014 was also a record year for BMW, but 2015 may be even better if the companies January figures are anything to go by. Last month (Jan 2015) BMW Group delivered 142,154 BMW, Mini and Rolls Royce models which is almost 10,000 more than what was made in the January of 2014. February has also seen some pretty big leaps, with the company selling 42% more BMW X5 models than it did in February 2014.